This past Tuesday, the children participated in a Christmas party at Chuck E. Cheese!  The kids had a great time at the party as they had a show, met Chuck E. Cheese, ate two pieces of pizzas, played games, received prizes, and opened their Christmas gifts!

The hardest part was putting the tickets into the counting machine.  We had a plan until all of the machines decided to quit working.  This means the team had to count all of the tickets.  The kids loved being able to buy prizes!

Somehow the suitcases filled with Christmas presents traveled on top of the buses.   We were very focused on making sure the kids were safe getting off the bus and walking into the mall.  I thought about the gifts when we were settled into Chuck E. Cheese.  No problem because the men can just walk to the buses and unload the suitcases.  The only problem was the buses parked four miles away.   The men walked a lot and rode two different buses to make it back to Chuck E. Cheese!  The children were grateful they did!

Each team was given 3-4 children to be responsible to walk to the bus.  After watching Time for two years, we have decided he is fired from being responsible for kids (He was able to find 2 out of 3).  I heard one man say “Well I came with four kids and I am leaving with four kids!”  Too bad they weren’t his original four kids!  No worries–all of our kids were accounted for and safely made it to the bus!

Chuck E. Cheese is on the second level of a mall.  All of the kids had to ride the escalator which was quite the adventure.  There were lots of laughter and screams as they rode to the top of the escalator.   Kayla Hatcher was trying to hold on the four small boys as they were attempting to get on the escalator going down.  Not possible.  She finally let go of a couple to help the others.  Armando turned around and started walking up the “down” escalator.   It’s the little things in life!

I am stealing a few of the pics from the team members facebook pages. 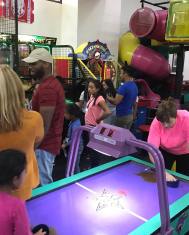 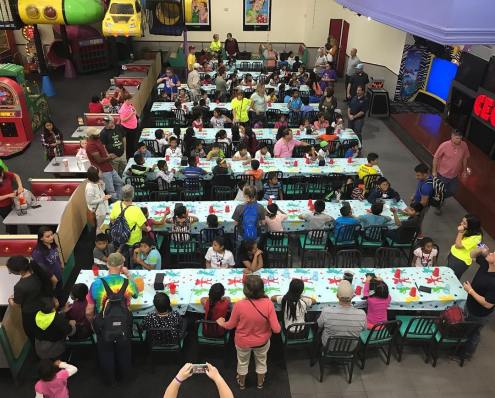 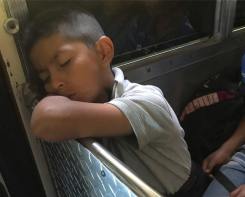 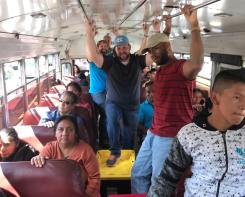