My blog on Saturday was about the men from Cropwell who helped with maintenance at the mission house.  This is the text I received from Bro. Andy after they arrived home:

We sat on an airplane in Guatemala airport for about 4 hours as the mechanic had to keep working on the engine. He finally signed off that everything was good. Just before taking off, there was a fire on the wing. A fire truck came and put it out. We were tugged back to the gate. Everyone was safe. Prayers were answered that we didn’t take off if the plane wasn’t good. We were seconds away from takeoff when the fire started on the right wing and everyone saw it. Several began to get out of their seats and panic but we were able to calm them down. Once we got off of the plane, we waited about 3 more hours in the Guatemala Airport for the plane that another Grace Ministry Team was on. I met and witnessed to several airport workers while waiting. They were already Christians, so I was able to encourage them. We boarded the different airplane and finally headed for Atlanta. When we landed in Atlanta, we had to sit on the airplane for about an hour until US Customs opened for the day at 5:15 am Atlanta time. Obviously we had missed our connecting flight to Birmingham, so we hopped a bus to the car rental terminal and rented a van and proceeded to drive a couple of hours home. We pulled into Cropwell Baptist Church parking lot at 8:00 am, pretty much 24 hours after departing the Mission House in El Tejar. We were exhausted, but were praising God for getting us home safely and for his provision with the timing of the fire on the plane! God blessed our trip in that we accomplished way more in maintenance than we thought, our small team grew closer together, we worshiped and ministered to many in Pastor Lazaro’s church and at the feeding center, I witnessed to several different Guatemalans while in the country (all of those were already believers, so I encouraged them to continue growing in the faith), and we distributed food and ministered to 300 people near ground zero of the Volcano Fuego. An amazing trip for the glory of God!

On Saturday, I traveled with Teresa and Ruth to a local volcano shelter and fed 700 people.  The soup was prepared by the ladies from City on a Hill Cafe in Zeeland, MI so it was easy for us!   Fifty gallons of soup and fifty pounds of rice will feed more than 700 people. 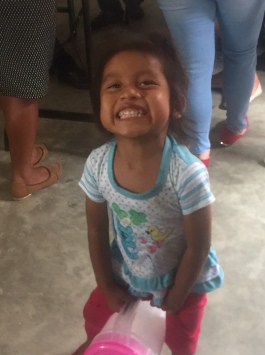 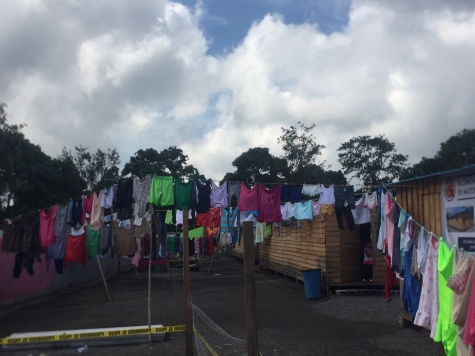 Soy spent the evening with some of the youth from the church.  Eating pizza and learning how to play board games was a fun night for them! 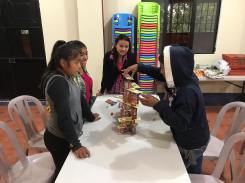 We enjoyed a birthday party on Sunday with the girls and ended the day with movies and smores! 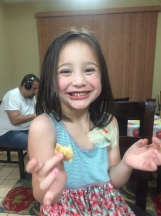 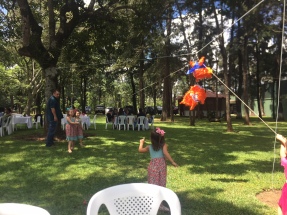 Today, we will welcome the speakers and singers for the Pastors’ Conference today.  This will is hosted by LifeAid Ministries with Pastor Terry Rainey.  We are excited about how God is going to use these men and women this week!  Pray for everyone involved this week!

One thought on “Weekend Fun!”